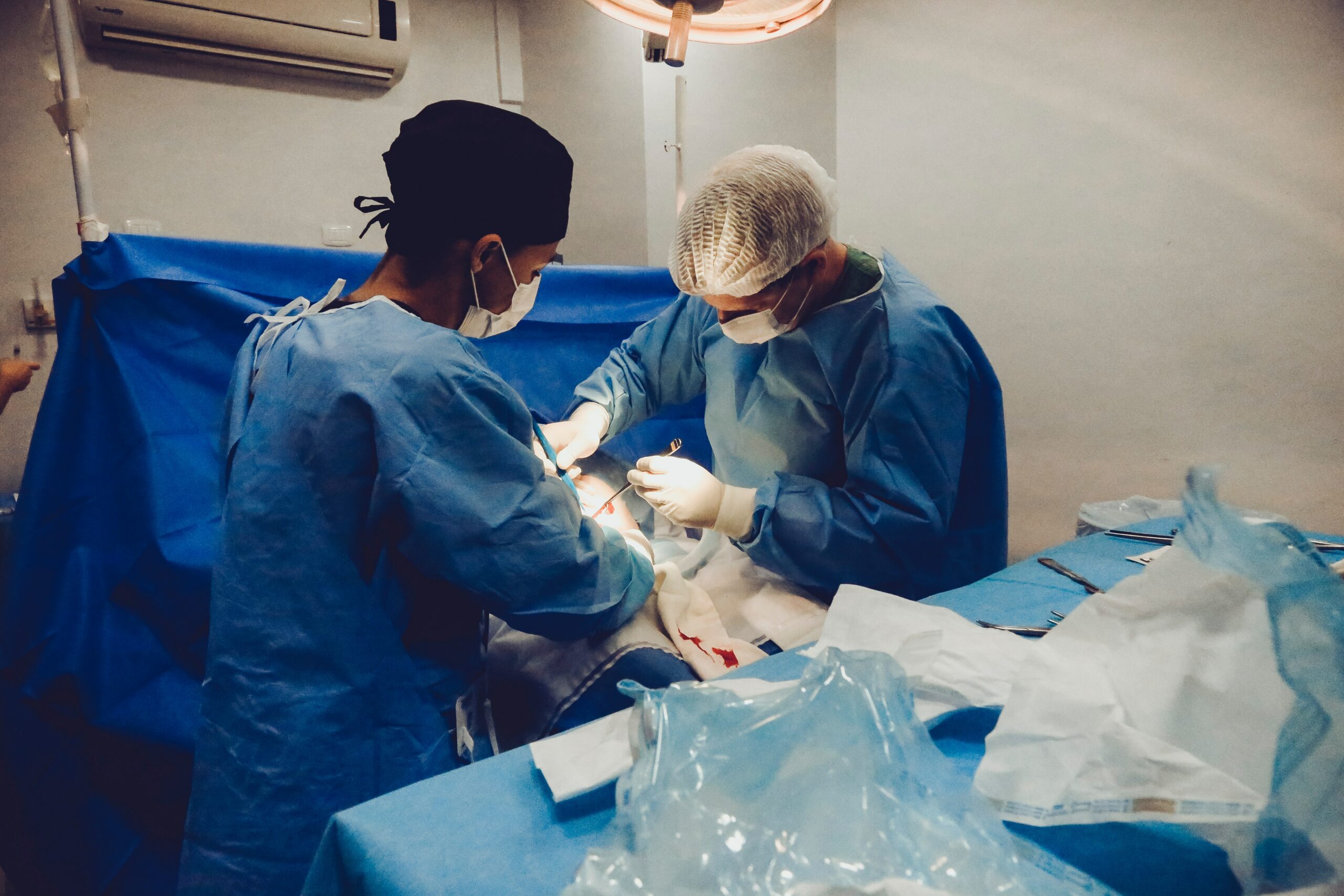 What started out as a normal day that fall break, turned into an experience we’ll never forget.

The girls were halfway through their break in the thick of the pandemic. After weeks of virtual learning, we were all excited that they would be returning to school in person in a few short days.

But something happened that night that would lead us down an uncertain path. While my oldest daughter was still awake in her room after we said goodnight, she put something in her mouth and accidentally swallowed it.

When she came downstairs and told me she’d swallowed a coin, I wasn’t overly concerned, but started researching to see if we should take her to the hospital. After going back and forth and speaking with my cousin who’s a nurse, we decided to take her in. By that time she’d started producing excess saliva and I could tell something serious was happening.

We were living as expats in Prague, Czech Republic at the time, so when we arrived at the ER I prayed Google translate would be sufficient enough to explain our issue. The first thing the doctor did was send her for an x-ray. When she called us back in, her tone was serious as she explained that this wasn’t a coin, it was a battery, and we needed to act fast.

The minutes that followed were like a blur. They swabbed our noses to test for Covid and swept us off to the surgical ICU to get her prepped for an endoscopy to remove it. There wasn’t much explanation since most of the nurses only spoke Czech. But as I sat in the dimly lit room whispering to Maci with tears in my eyes that I wouldn’t be going with her, but God would be right there if she felt afraid, He sent an angel through the door.

This beautiful Czech nurse had lived and worked in a New York hospital for 10 years, and she was able to explain more and ease my anxious heart a bit. When they wheeled my daughter away, I broke down as I cried out to the Lord to be with her, to guide the doctor’s hand as she attempted to remove the battery.

When Maci returned from surgery, much to my surprise she had a tube attached to her nose. The angel nurse had explained that the worst case scenario could mean a feeding tube for up to 6 weeks, but we thought we’d caught it fast enough to avoid having those kinds of complications. Unfortunately, that wasn’t our story. In a few short hours, the battery had burned through 3 layers of her esophagus. We spent a week in the hospital as I learned how to administer her nutrition through a feeding tube that would be a permanent fixture for the next 6 weeks.

During this time, 99% of the nurses we interacted with on a daily basis didn’t speak English, and my Czech was nowhere near sufficient to communicate. It was by the grace of God that we were able to make it through the week without many words. Little did we know, when we left the hospital headed home the real battle had just begun.

I kept both girls at home for the next 6 weeks while the rest of their classmates returned to in-person learning. Maci needed to be fed every 2-3 hours through the tube, and unfortunately we were sent home without many post care instructions. Our sweet girl experienced all kinds of pain in her nose, chest, tummy and throat during that time. I can’t tell you the number of times I wanted to cry while pumping that tube with nutrition, or seeing her break down from the weight of it all. Especially when she couldn’t eat on Thanksgiving day (her favorite holiday). It was so painful to see my daughter in distress but I refused to fall apart, so I prayed to the one whose strength is made perfect in our weakness, and He did just what He said He would.

When we go through deep waters, we must remember who promised to be right there with us. El Shaddai – God almighty. There is nothing too hard for Him! As we walked through this season of pain, tears and suffering, He showed Himself strong. The joy of the Lord became Maci’s strength! She began to write and sing songs inspired by the Holy Spirit, which she would perform with joy while the rest of the family ate dinner. The nights she was crying in pain, I taught her to call upon the Lord for herself, and her prayers moved mountains. The power of the Holy Spirit would fill the room as she prayed and cried out to Him at the tender age of 6 years old. Oh, how I wept as I worshipped and gave thanks for how Jehovah Shalom covered us in peace.

No matter what battle you’re facing, I encourage you to call on the name of the most high God. He didn’t promise that battles wouldn’t come, but He did promise He would be with us in the midst of them. Friends, we are refined in the fire. I never expected my daughter to go through such a challenging battle at such a young age, but I’m actually glad she did. The Lord used what the enemy meant for evil to bring about something so incredibly good.

Excerpt from Maci’s Prayer written after the tube was removed:12/18/20

Denisha is a wife of 6 years and has 3 beautiful girls. She has a degree in Marketing and a soft spot in her heart for small businesses. She thrives on helping women rediscover their power and purpose so that they can live abundant, intentional lives.